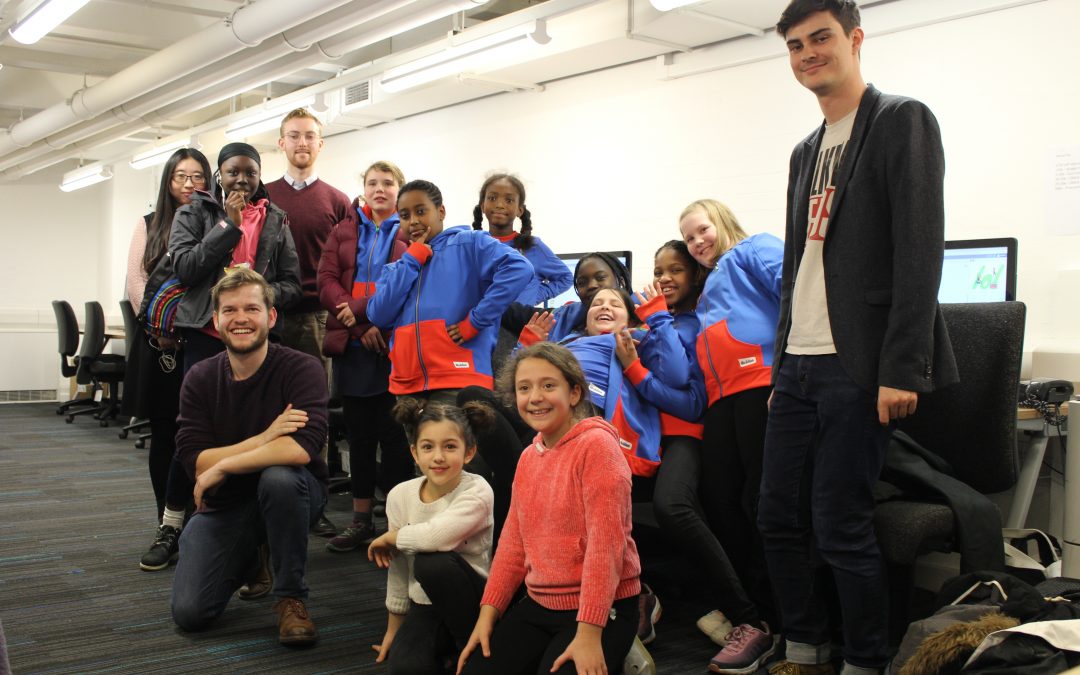 Jonny Jackson is a PhD student from the Centre for Doctoral Training (CDT).  In February 2019, he ran a series of ‘Coding for Girls’ workshops for a local Lambeth Girl Guides. Jonny writes of his experiences here: 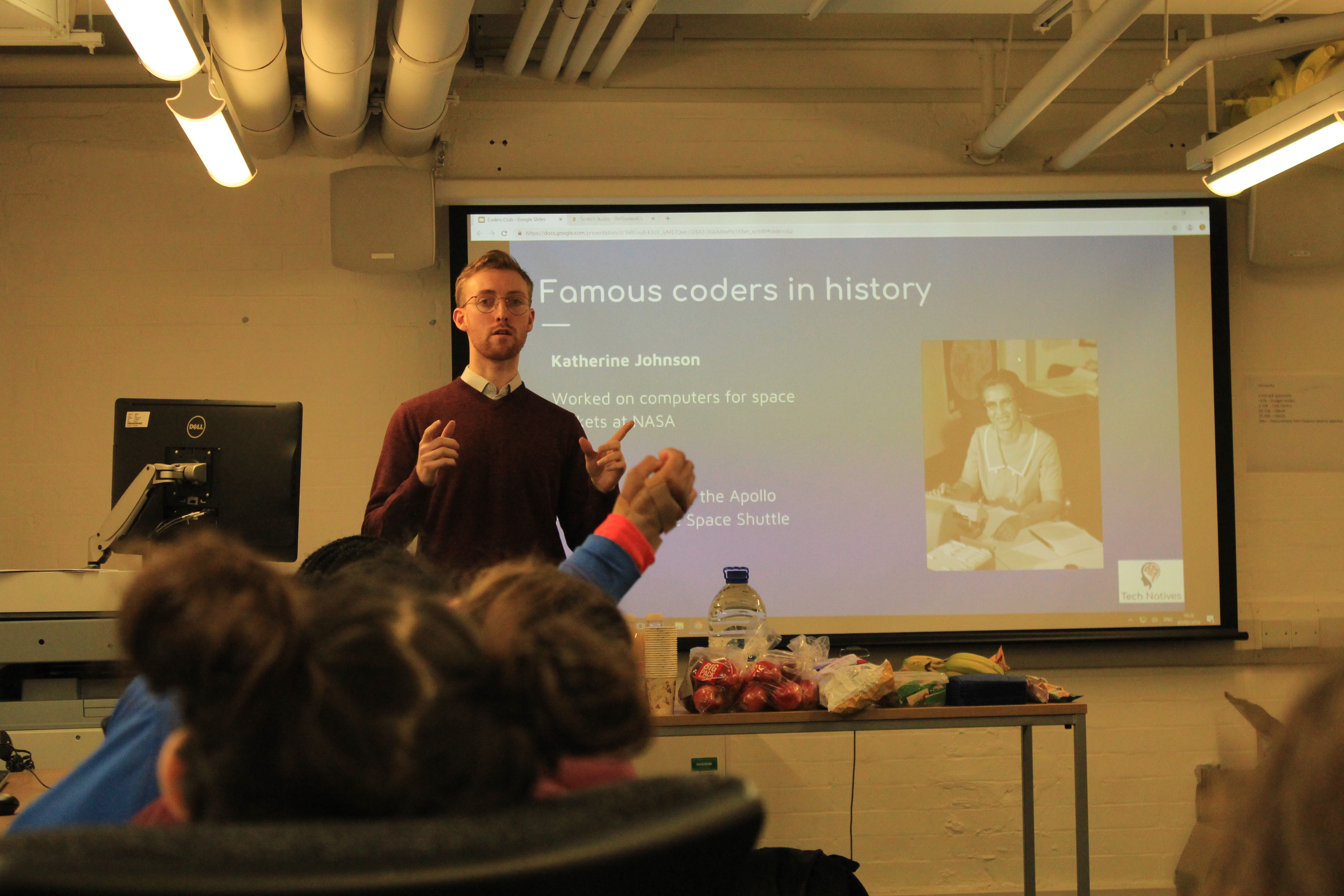 My PhD focuses on how artificial intelligence can be used in healthcare. My experiences to date have shown me both how valuable coding skills are to broaden career horizons, and that there is a lack of quality coding education in school. I didn’t learn any coding skills until university and I think that’s the same story for most people. To combat this, I decided to run Coding for Girls; a series of two coding workshops for local Girl Guides. My aim was to develop their interest, confidence and skills in coding.

Over two workshops we covered the basics of coding using ‘Scratch’- a building block version of coding language developed by Massachusetts Institute of Technology (MIT), USA. I wanted to ensure that the girls developed the skills to create something independently and that they increased their understanding of what coding could be used for. I was surprised to find out that a lot of the girls already knew about artificial intelligence (AI), how it works and what it means. There was even a debate about whether replacing robots with doctors would ever happen and, if it did, whether it would be a good or a bad thing. It was really interesting to find out that these 10 year olds were familiar with such advanced technologies. 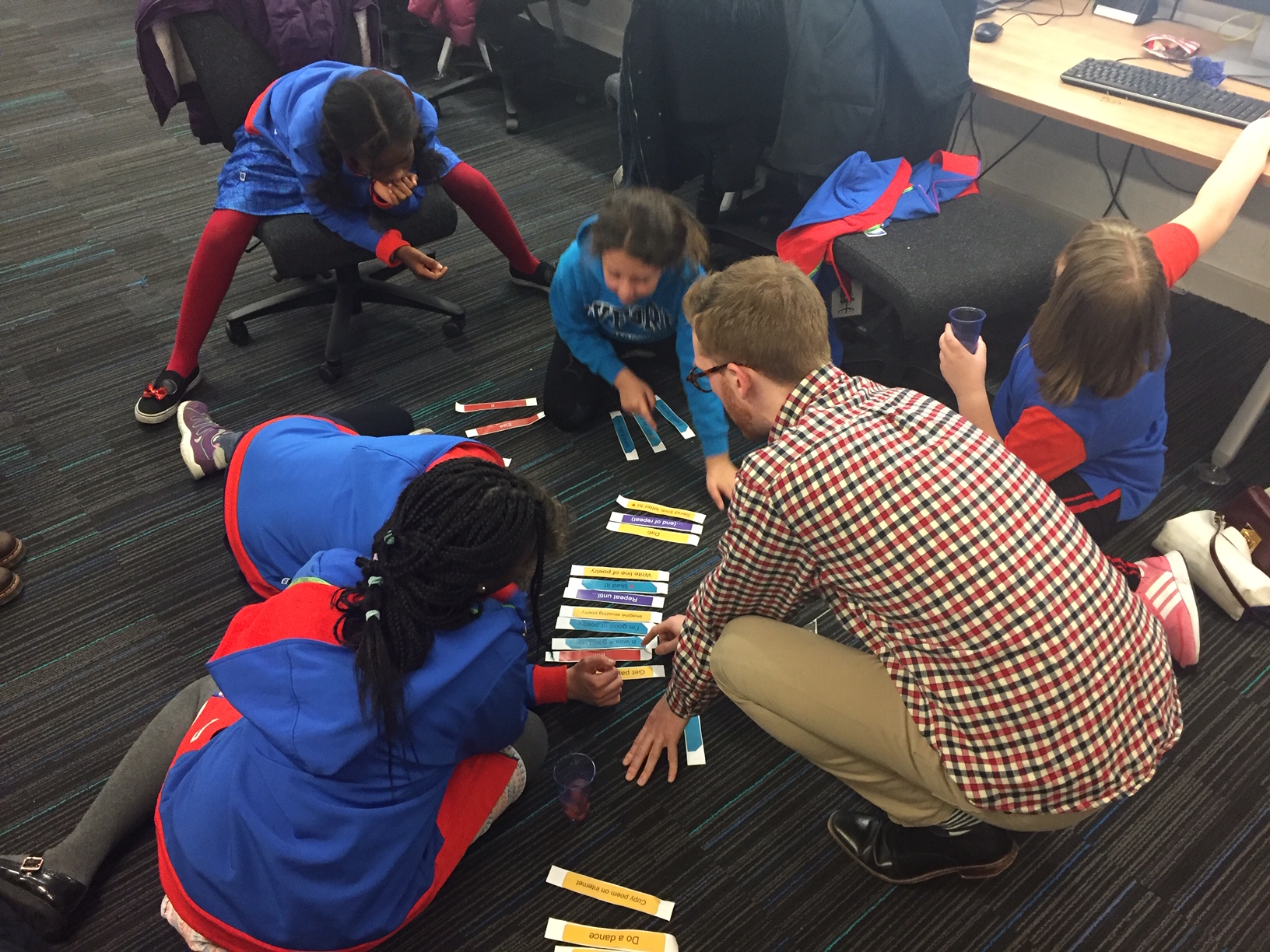 During the first workshop, the girls completed all the activities on the computer. However, the Girl Guide Leader noted in her feedback that some individuals struggled to concentrate and were distracted from the coding tasks. It was really valuable to hear this, and we took it on board to develop a hands-on activity for the second workshop. During this task, the girls rearranged printed instructions to code a human robot- aka. one of them! This helped them to develop coding skills, such as, how to use repetition and decision making when writing a programme. As this session fell on St Valentine’s Day, their task was to programme robots to pick flowers and write poetry. One of my favourite moments was watching the two teams act out the coding in a ‘robot-war’ style! It was great to see everyone get behind their team and realise how easy it is for instructions to be mistaken or misinterpreted. If instructions weren’t quite specific enough, their robot went a bit haywire – that was really fun to watch! 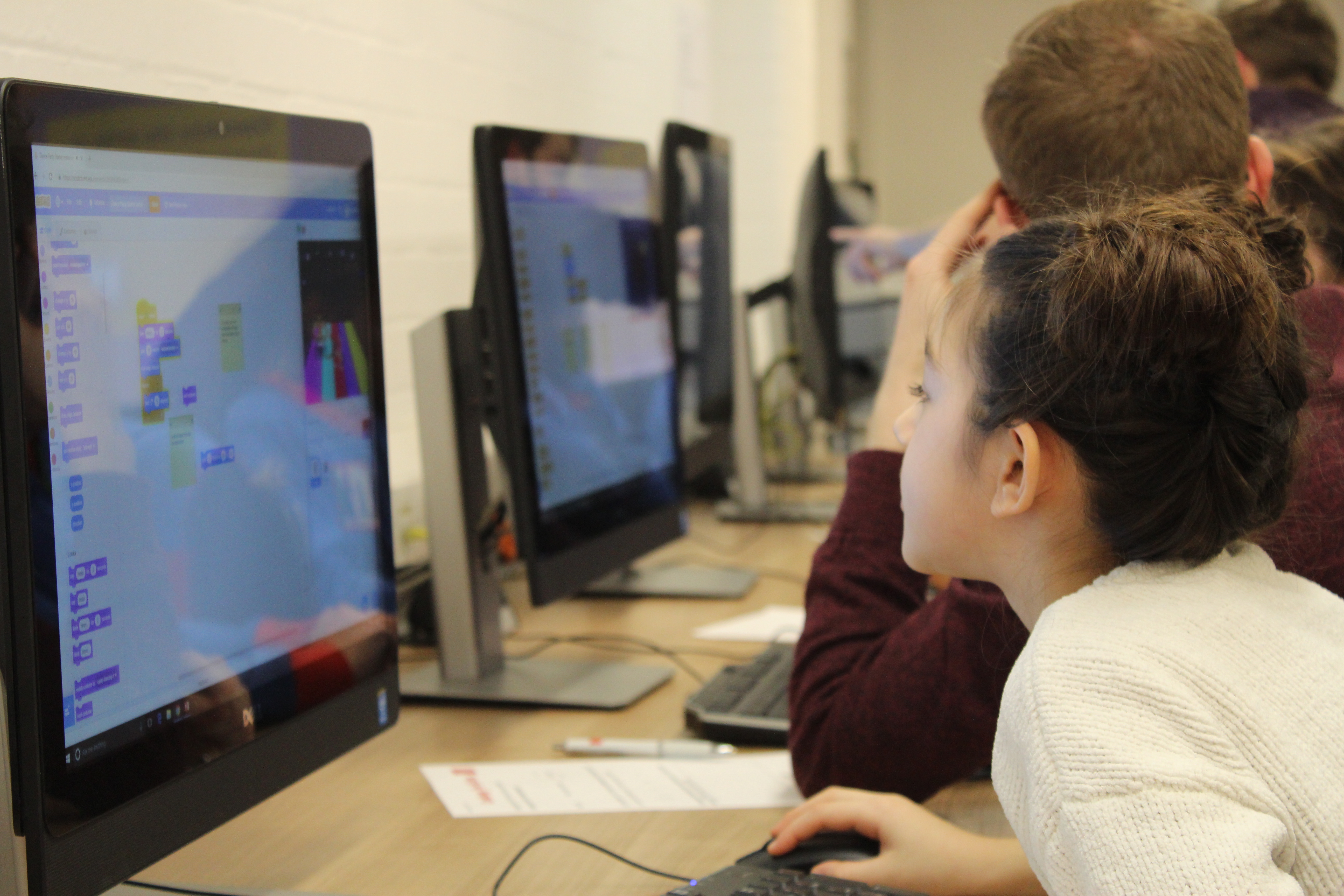 As there is currently a male dominance in the coding industry, I also wanted to demonstrate that women have been involved in coding throughout history.I told the girls about women such as Ada Lovelace, who developed the first computer programming language. We had asked the girls to draw what they thought a coder looked at the start of the first session and again at the end of the second session. It was fantastic to see that the drawings had changed from pictures of old men in glasses (!) to drawings of men and women in teams. That was a really rewarding moment, and made it feel like we’d achieved the aim of the programme.

This was such a great opportunity for me to explore how best to engage students and young people with coding. In the future I hope to run a longer and larger scale project to encourage more young people to take up coding. Stay tuned!