“The world is my oyster” – Alumni career stories

Whether you are currently considering applying to the CDT in Smart Medical Imaging, or are already part-way through your studies with us, you are likely to be thinking about where the programme can take you professionally. What key skills do you learn as a student and how can you use them in a work setting?

To answer this question, we spoke to three of our recent alumni about their careers and how their time at the CDT has shaped their trajectories. In addition to developing into world-class researchers, the soft skills they acquired have lent themselves to a range of different career paths from academia to the medical imaging industry and beyond, allowing them to navigate the transition from being a student to their first postgraduate jobs with ease.

Elisa Roccia – bridging the gap between academia and industry 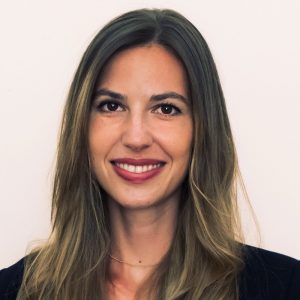 As a CDT student co-sponsored by Siemens Healthineers, Elisa Roccia learned what it took for a research idea to become a commercial product and build a network of contacts in her sponsoring company.

Elisa said: “The connections you develop and the knowledge you gain about the company as an industry co-sponsored student can help you make informed decisions about your career, which ultimately results in more targeted job applications.”

During her PhD, she completed an internship at the Siemens Healthineers headquarter in Erlangen, Germany. This is where she heard about clinical marketing for the first time and, after talking to colleagues in the field, became interested in pursuing it as a career. She also decided to stay at the company after her PhD, inspired by Siemens Healthineers’ mission to deliver high-quality patient care: “My colleagues’ top-notch expertise, passion and enthusiasm also really resonated with me from the very beginning”, said Elisa.

In 2020, she started her role as a Global Clinical Marketing Manager and has been responsible for defining and implementing the Siemens Healthineers’ international marketing strategy in MR oncology. As part of her job, Elisa organises conferences and workshops to engage scientists and key opinion leaders, building on skills she developed during her PhD while coordinating events such as the School of Biomedical Engineering and Imaging Sciences Postgraduate Research Symposium and the Institute of Electrical and Electronics Engineers (IEEE) International Symposium on Biomedical Imaging. Elisa added: “The public engagement events I was involved in as a PhD student, such as STEM for Britain and the Royal Society’s Summer Science Exhibition, provided excellent practice for communicating technical concepts effectively to a variety of audiences, which is another key part of my role.”

In the future, Elisa would like to keep working in the field of clinical marketing, at the interface between the technical and the clinical world.

Rainbow Lo – from a NASA internship to an academic career 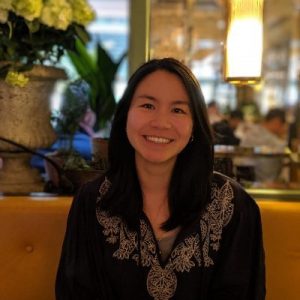 During her time at the CDT, Rainbow Lo completed two international secondments, which she credits with broadening her horizons and motivating her to stay in academia after finishing the programme in 2021. In 2018, she was one of only three recipients of funding awarded by Imperial College London’s Stevenson Fund, which allowed her to undertake a placement in Prof Vivian W.-W. Yam’s lab at the University of Hong Kong. Rainbow had attended a lecture by Prof Yam in her MRes year and was “mesmerised by her research and passion for science”; the opportunity to work in her lab and learn from her team was therefore a dream come true. Given the focus of her PhD, which explored targeting non-classical DNA structures to make new anti-cancer compounds that could be used for therapy and imaging, she was later inspired to complete a secondment in Dr Lynn J. Rothschild’s lab at the NASA Ames Research Center in the United States. Here, Rainbow utilised DNA as an engineering tool and looked at the biomaterial through a synthetic biology and engineering perspective.

Reflecting on her career to date, Rainbow said:

There is a decal in the door of Lynn’s lab at Ames, which reads: “Only she who attempts the absurd can achieve the impossible.” This describes my approach to a tee – if a problem excites me, I will find a way to solve it; to do that, I need to have a good foundation and the ability to look at it via different lenses. I have no doubt that my time during the PhD and secondments whilst in the CDT have helped me approach problems from varied perspectives and strengthened my attitude to science and life.

As a student, Rainbow benefitted from formal and informal mentoring from her PhD and placement supervisors. She also applied to the CDT’s mentoring scheme, where she was matched with Dr Phil Murphy, former Head of Clinical Imaging at GSK as an industrial mentor, who gave her valuable advice on the importance of running and having a 5-year plan.

At the Institut Curie, Rainbow is now a Postdoctoral Researcher in Dr Anton Granzhan’s lab, working on on anti-cancer compounds that can overcome drug resistance. Rainbow said: “I knew that I wanted to work on this project as soon as I saw it – partially for the science, but also because there are many opportunities to utilise, develop and build upon the chemical and biological knowledge acquired at the CDT.” She also uses several of her soft skills daily, such as problem solving, teamwork, flexibility and good communication, for example.

When asked about her plans for the future, Rainbow said: “The world is my oyster.” 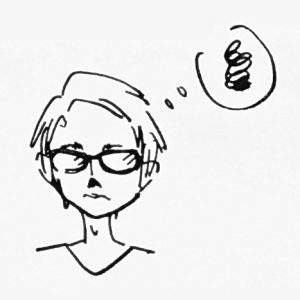 Daniel Grzech calls the start of his PhD at the most intellectually stimulating period in his life: “I realised how little I knew, how much I still had to learn, and had to decide in which direction to guide my research.” He says that the desire to avoid ennui has been the motivation behind his career choices ever since, leading him to his current role as a Quantitative Analyst at BNP Paribas.

Moving from smart medical imaging research to the world of investment banking may seem like an unconventional career path. However, Daniel gained a strong foundation in mathematics and computer science at the CDT, which has been critical to succeed in his current position: “Even though the research project I worked on had nothing to do with finance, it required the same skills as my job, such as mathematical modelling and programming in C++ and Python. Four years ago, I probably would not have been able to do what I do now.”

Daniel started to consider investment banking as a career after a 2017 hackathon organised by Imperial College London and completed quantitative research internships at BNP Paribas in 2019 and 2020. His full-time role, which he started a few months ago while finishing his PhD thesis, has met his expectations:  “I was right when I thought that even slower days in the front office of an investment bank would be interesting, so I made the best possible choice.”