A long-standing problem in minimally invasive procedures guided with ultrasound imaging is the identification of the medical device tip within the body. Ultrasonic visualisation of medical devices such as needles can be very challenging when the distal ends are not coincident with the ultrasound (US) imaging plane. This occurs frequently in clinical practice: during “in-plane” insertions, a thin needle can readily stray from the imaging plane; during “out-of-plane” insertions, only a small region of the needle in the vicinity of the imaging plane can be visualised, and in this region, the needle tip can have a very similar appearance to that of the needle shaft. Additionally, medical device visibility can be lost during steep, large-angle insertions, as US waves are reflected away from the US probes. This problem is experienced acutely during percutaneous interventions in many clinical fields, including fetal medicine 1 and neonatology 2. Serious complications can arise from loss of visibility of the medical device.

This project aims to develop a new generation 3D tracking system that will address the above-mentioned limitations. It will be based on a tracked fibre-optic ultrasound transmitter and an ultrasound detector with multiple elements attached to an external ultrasound imaging probe. Ultrasound transmissions will be received by the detector and processed to obtain 3D position of the device tip. The positional information will be overlaid on ultrasound images on a second monitor in real-time, separated from that of the ultrasound imaging system. As such, the developed tracking system will be fully compatible with most of clinical ultrasound imaging systems, and therefore hold the potential for widespread clinical use for guiding minimally invasive procedures in many clinical fields. The success of this project will augment research activities for a Wellcome/EPSRC funded project Gift-Surg, and will catalyse new collaborations within the School. 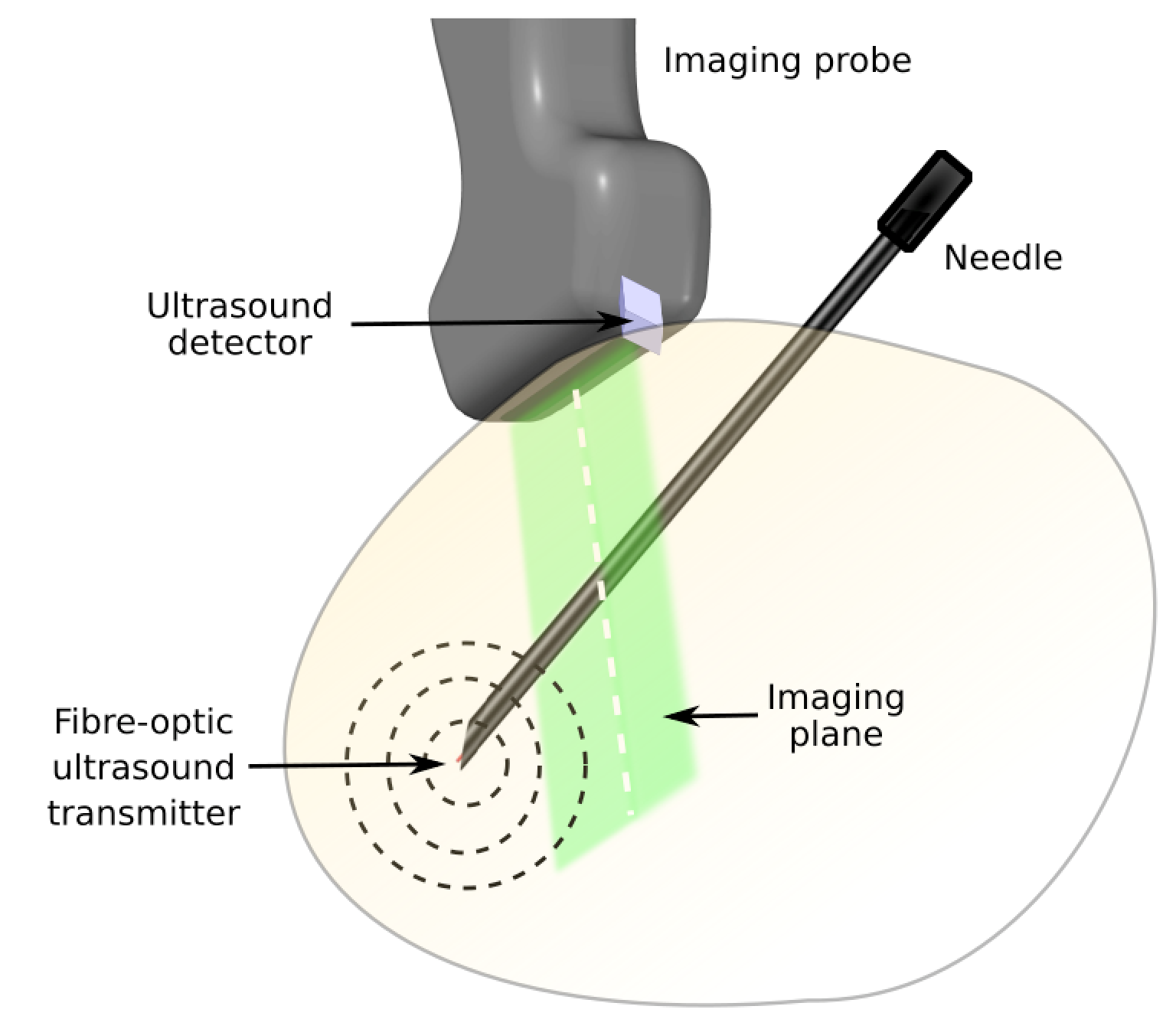 Figure 1: Schematic illustration of the 3D ultrasonic tracking system that is based on ultrasound communications between a fibre-optic ultrasound transmitter and a miniature ultrasound detector array attached to a clinical imaging probe