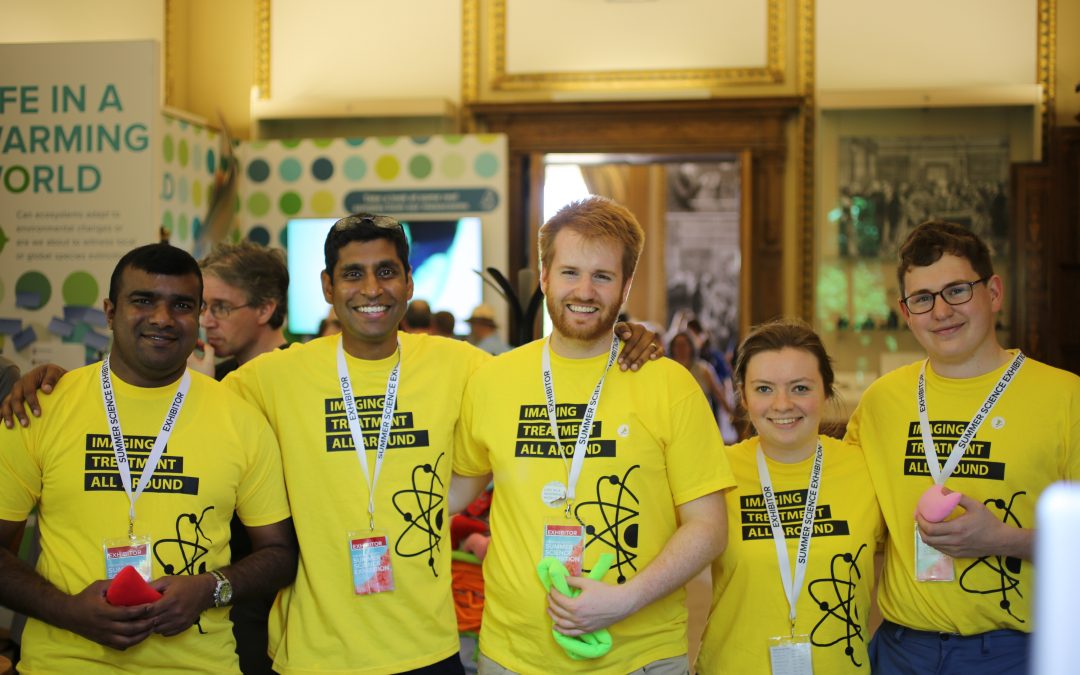 It’s Monday morning, 8:30am, 2nd July. I’m at the Royal Society, surrounded by books – some over 100 years old – dressed in a bright banana yellow shirt with shorts and tennis shoes. Behind me, attached to a large backdrop, are a pair of similarly yellow headphones which will play a rap song when a similarly-still yellow button beside it is pressed. I’m at the Royal Society, where some of the greatest scientists in the world are members, and occasionally pop by for tea. Suddenly, Brian Cox, OBE FRS walks in.

The story of how I got to be in that situation starts roughly six months earlier.

“It’s called Hot Stuff”, I’m in a meeting in my research department, I’ve volunteered to take part in the organisation of a public engagement stand all about radioactivity: Hot Stuff. ‘Hot’ meaning radioactive. I chuckle at the pun. This will be a week-long event at the Royal Society where thousands of people will visit during that time. We’ve been tasked to put together various activities to explain to members of public about the research we do with radioactivity. My part is all about how radiation is everywhere and not as scary as it first seems. The other aspects cover how we use radioactivity to detect disease and to then treat disease.

So over the coming months we all develop what becomes a really fun, interactive stand. I’ve put together a time trial in which participants rank everyday items (e.g. smoke alarm, bananas, Lo-Salt and brazil nuts) in order of how radioactive they think they are. 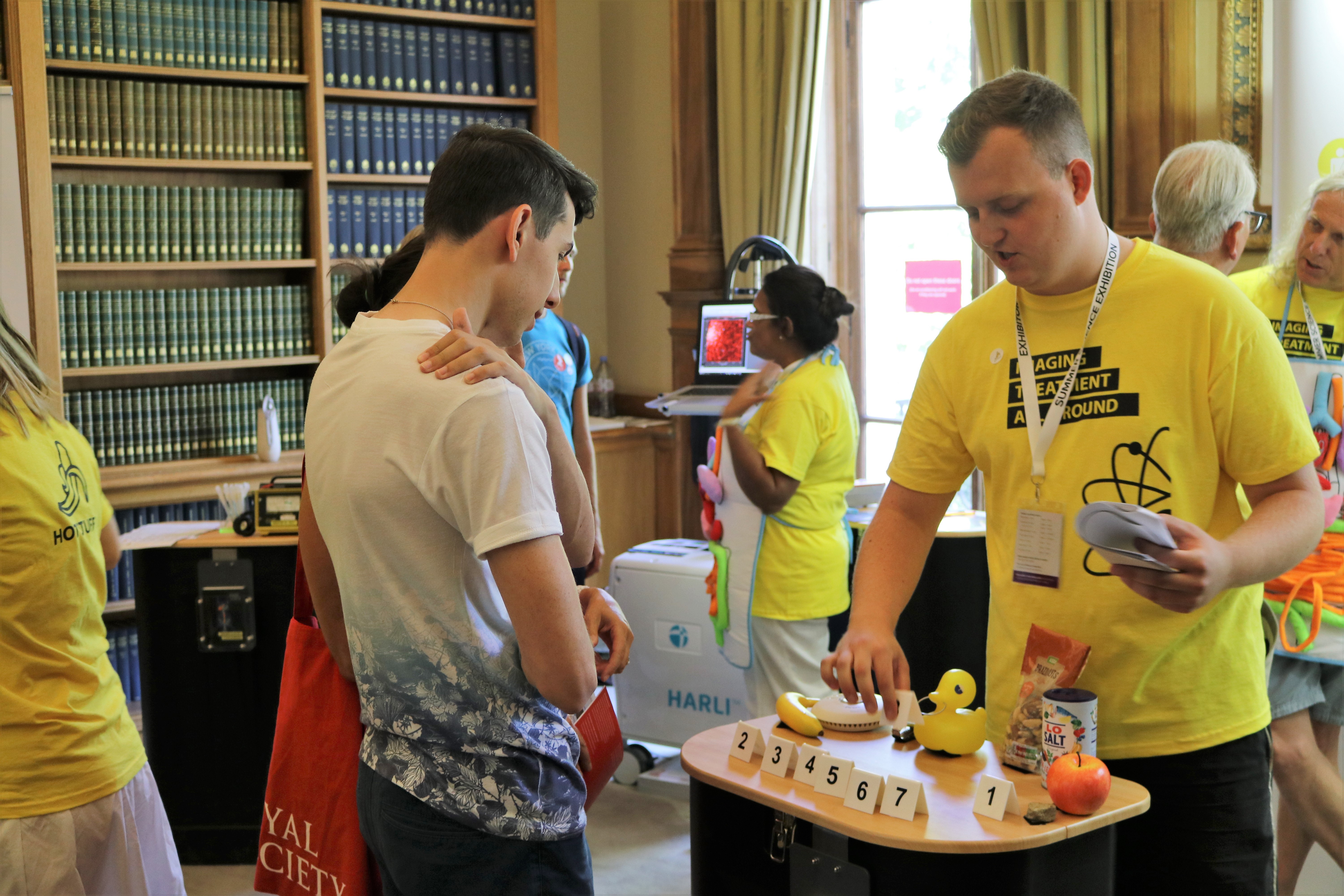 Other activities include finding a radioactive organ upon an apron you can wear using a radiation detector, and an interactive game to teach people about the various ways we treat cancer with radiation. We test them on patients, parents, school children and colleagues and get lovely feedback and improvements to make. We design bright yellow shirts, with bananas and the words ‘hot stuff’ on them. The irony of wearing these shirts is not lost on me.

Back to that Monday morning. Brian Cox is talking to another stand created by a charter school who won a competition. Their stand is all about ponds and the organisms that grow within them. They have a water tank containing various cool creatures – including a newt and an axolotl. Later in the week, the newt will escape and be found dried up and dead on the floor. He is picked up and becomes part of the exhibit. 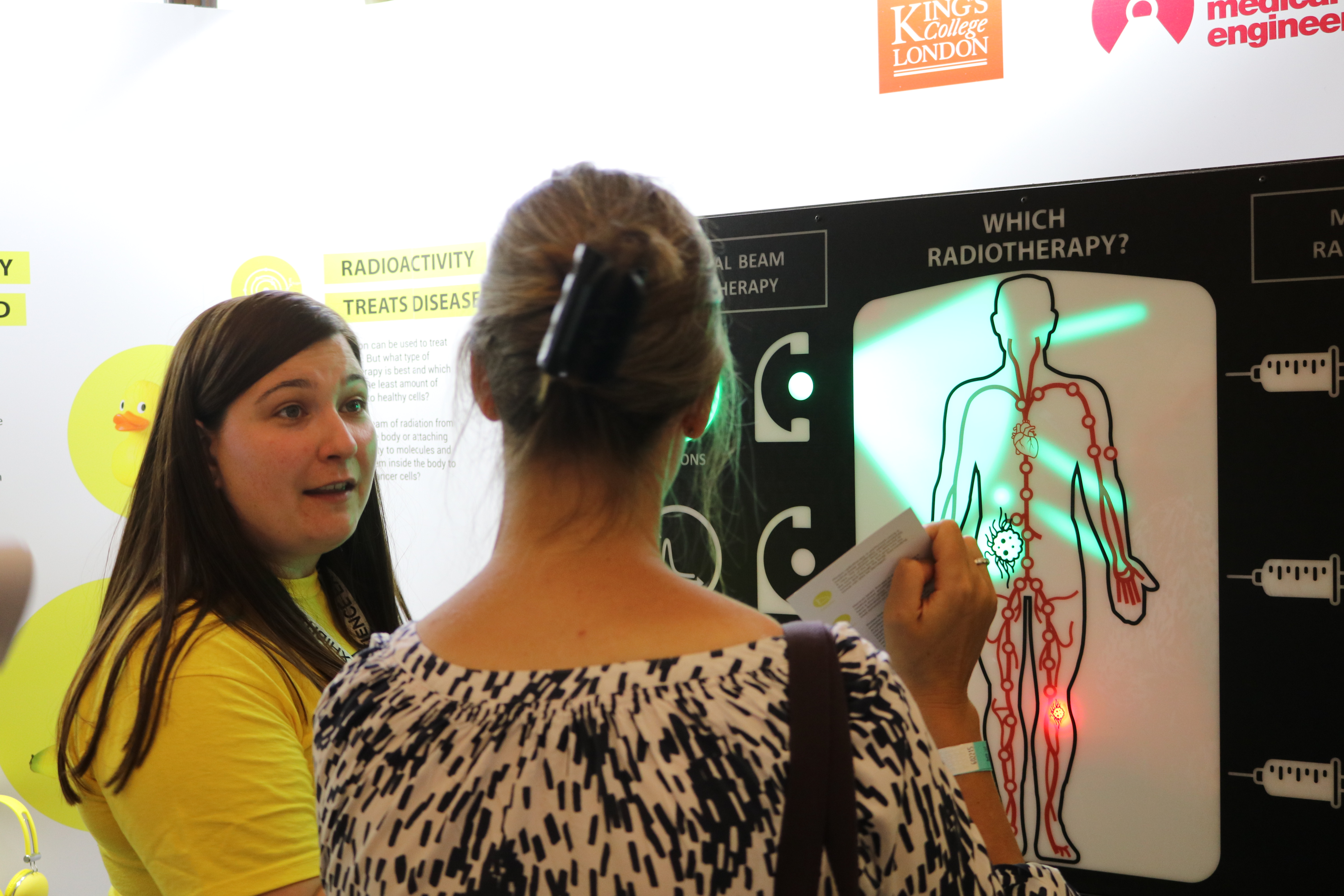 The whole week is a blast. The response is overwhelming and heart-warming. Everyone seems to love what we’ve done. I have fun, hilarious chats with people and then suddenly I’m talking with people who have cancer or have lost others to it. It’s humbling and interesting all at once. One day I spend an hour chatting to a young kid. We’re both just sitting on the floor. I’m wearing one of the radioactive organ aprons, my small intestine is hanging off. Another day I discuss cancer treatments with someone who has just finished their therapy. She looks at the interactive radiotherapy game we just played together, and tells me she now wonders whether she was given the right treatment or not. The week is made up of experiences like this. Some short, some long. Some forgettable, some quite the opposite, and the whole time I’m at the Royal Society in a bright yellow T-shirt that says ‘Hot Stuff’.

It’s 8:45am on Monday morning. I never get to meet Brian Cox. He and his film crew have the footage they need of him with the schoolchildren and promptly leave without so much as a glance over at us at the other side of the room. My heart sinks ever so slightly, and I think about how weird Prof Cox’s hair looked: ‘were they blonde highlights?’ (in fairness he was quite faraway). By the end of the week, I’ve forgotten he was ever even there. I’m shattered, but the good sort of tired like you get after exercise. Euphoric pride. What a week. 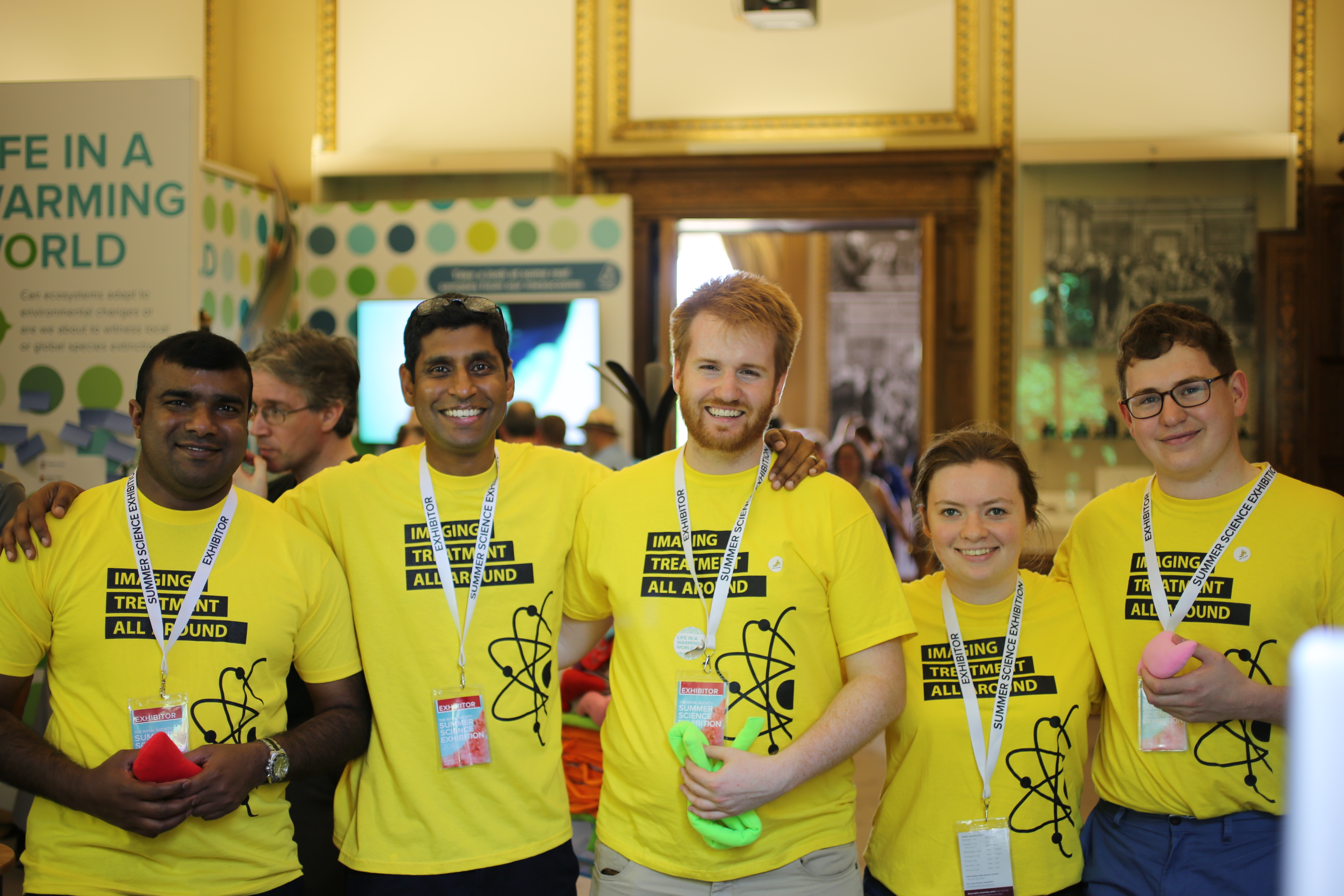 Staff and students from the CDT who took part in the project were: